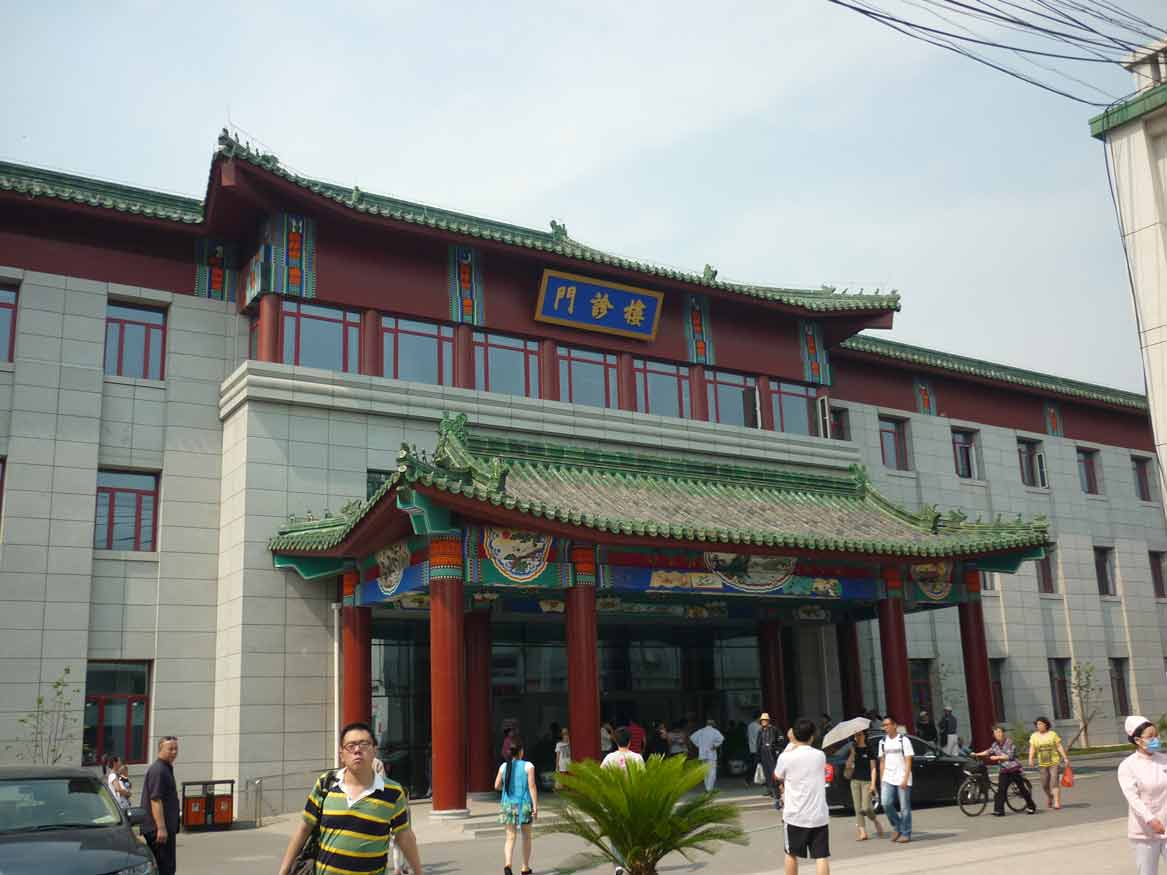 Qigong is one of the components of the holistic system of Traditional Chinese Medicine (TCM). It has a very long proud history of over five thousand years. Qigong (pronounced Chi-Kung) is a new term that has been used over the last fifty years to describe all the Chinese energy or Qi techniques. The word Qigong is made up of two Chinese characters, Qi refers to the energy of life, the vital energy which flows through the network of meridians in the body and connects with the energy or Qi of the universe. In Japan and Korea it’s known as Ki and if studying Yoga the term Prana is used. Most cultures have a similar terminology for life energy. Gong is a term which translates to work, mastery and training. Qigong therefore translates to energy work, working with the energy of life or mastering the energy of life.

There are thousands of different styles and systems of Qigong, using different static postures, movement, breathing techniques, mental training and visualisation methods, either done standing, moving, walking, sitting or lying. Traditionally Qigong is used for training of the Qi energy for martial, medical or spiritual purposes.

Guigen translates to returning to the root or source, returning to the primordial energy from which everything emerges. The six sections of the dynamic Guigen Qigong are followed by the stillness meditation section helping to restore natural harmony and improve the human races quality of life. These self healing techniques are prescribed to both in- and out-patients at the Xiyuan Hospital as a part of their therapy.

I first met Dr Xu while I was leading a study group to China in September 2002. Our group made an official visit to the Xiyuan Hospital, a large Traditional Chinese Medicine (TCM) hospital with over 650 beds, treating over 2,000 outpatients each day in various departments. We spent an afternoon with Dr Xu in the Qigong department after touring the hospital. Dr Xu had a very friendly, approachable, relaxed manner about him as we discussed many ideas regarding Qigong, health and spirituality. He talked about the importance of meditation. When we enter a ‘realized state’, or the state of nothingness, there is no disease or illness, only nothingness, he explained. The regular practice of meditation will change the energy in our body and mind, helping to cure disease and improve our quality of life. This concept was of great interest to me!

Dr Xu told us he had worked as a barefoot doctor during the Cultural Revolution in the 1970s. He would go out into the fields and prescribe different herbs for the workers. When his work proved successful, he was accepted at a university in Wuhan in the Hubei province, where he studied Western Medicine. He worked very hard but suffered from a number of stress-related health conditions. Dr Xu had learnt martial Qigong when he was a teenager and once again started to study the natural healing benefits of Qigong. When he graduated with honors from University, he requested to be posted to the Qigong department at Xiyuan Hospital in Beijing, which was already quite well known. Many highly regarded Masters and doctors were working there, conducting research and using Qigong as a part of their patients’ treatment.

From his own research and experience working in this department for over 20 years, Dr Xu has developed the Guigen Qigong system. ‘Although our time with Dr Xu was only brief, he kindly taught us the movement ‘Stimulating the Water Element’ for the kidney and bladder channels. As we left, I told him I would love to return and study more with him, and he gave me an encouraging look and nodded.

When I returned home to Sydney, I had an email from Dr Xu. He had been looking at my website and congratulated me on the work I’ve been doing to spread the healing benefits of Qigong in Australia and invited me to study with him at the hospital. We corresponded regularly by email for a few years until I worked out an appropriate time to take a break from my busy teaching schedule and return to Beijing.

I was attending a World Medical Qigong Conference in Beijing in May 2004 and arranged to spend time with Dr Xu on the same trip. He explained that he could either teach me privately at my hotel outside of his working hours at the hospital, or officially at the hospital. However, to be accepted into the hospital for clinical practice, I would need to be a doctor or have some formal qualifications in TCM, and as I don’t, he checked with the directors of the hospital. They asked me to submit an account of my training and teaching experience in Qigong. I wrote a brief, 8-page history of my professional background – which you can find on my website – and sent it off to Dr Xu along with my two Qigong DVDs, the Art of Life and Absorbing the Essence. A short time later, he was pleased to inform me that my submission had been accepted.

The World Academic Society of Medical Qigong (WASMQ) had organised the conference I was attending. I had been to one of their previous conferences in Beijing in August 1998 and had become a member. The Chinese Government officially recognises the WASMQ and its importance as an association to help foster the development of Medical Qigong and the international exchange of academic research and training. For the first time, I was presenting a paper on the work that I had been doing in teaching Qigong at Drug and Alcohol Rehabilitation Centres in Sydney over the previous 12 years.

Because I needed to live in the hospital to receive the certification for clinical practice, Dr Xu had arranged for me to stay in the ‘High Official’ room there. I had been staying at a luxurious hotel during the conference and this arrangement sounded interesting. But when I arrived at the hospital, Dr Xu told me in his usual joking way, “Sorry, a High Official is staying in your room, so we have organised a nurse’s room on the second floor of the inpatient’s department for you.”

I met the directors and other main staff of the hospital and commenced my training as Dr Xu’s personal assistant. I would start at 8am at the Qigong clinic and he would teach me the six sections of Guigen Qigong in between patients arriving for treatment. We would break for lunch at 11.30am and recommence at 1pm. From 3pm to 5pm, we held Qigong and meditation practice for patients and other doctors in the department. When word spread that a foreigner was in the Qigong department, a lot of doctors came to meet me, practise their English and discuss what I was studying. Soon, I had a few Qigong students, confirming that the best way to learn is to teach. I spent valuable with Dr Xu at the hospital, we shared a common goal and desire to help people improve their quality of life. I have returned many times with groups of students to share Dr Xu’s knowledge, also to continue my own understanding and development of Qigong, TCM and Chinese culture.

How can Qigong treat disease?
According to Dr Xu, there are three different types of medicine, structural, functional and energetic. We seek treatment for various conditions relating to these types. If we have a fractured arm, we need the structure to be set and allow the natural healing process to take place. Similarly, if we have a problem with our internal organs, we will need herbs or other medications to adjust their function. Qigong works on the Qi or energy level, stimulating and strengthening with the building blocks that help maintain the structure and function of the body, furthermore achieving the balance in Qi dimension or beyond.

To treat diseases, Traditional Chinese Medicine (TCM) and Qigong practitioners, work on Qi, not on diseases. They treat the Qi stagnations and make them flow smoothly and easily. When the Qi system is genuinely fixed or repaired, the problems in the structural dimension (diseases) will be healed very quickly. This is why we emphasise, “Nothingness is the best prescription.” If your internal diagnostic system scans your Qi system and finds nothing, it means that there is no stagnation in your Qi dimension, and your Qi-body is normal. The Qi-body is the root or source of the structure-body. Qigong cures the ‘diseases’ in the body through repairing Qi.

To obtain a better result, the following conditions should be met. First, the patient should be very willing and open to resolving their problems through Qigong practice. Second, the patient must have the energy and ability for daily practice. These two are the basic requirements for Qigong self-healing. The first is more important than the second. If the patient’s practice abides by the general principles of Qigong, good results will appear naturally.

Simon Blow from Australia is the author of numerous books, DVDs and CDs about this ancient healing art and has been helping to spread the healing benefits of Guigen Qigong and other Chinese healing traditions through-out the world. He has been organizing specialist training groups of Qigong teachers and natural therapist from Australia the US, UK and Europe to study with different masters in Beijing, Wuhan and other areas of China. These tours combine study and cultural activities allowing health professional as well as Qigong enthusiast a deeper insight into ancient Chinese culture and the healing benefits of Qigong. Simon has been a full time professional Qigong teacher since 1992 and conducts many seminars, workshops and classes though out Australia and other countries.
www.simonblowqigong.com
simon@simonblowqigong.com  Phone (02) 9559 8153