“When you are proud of your achievement it is time to stop.
If you sharpen and strengthen your mind by taking advantage of people,
your enjoyment will not last long.
One who accumulates valuable things will not be able to maintain them
without becoming a slave to them.
Becoming rich and noble with pride is to invite trouble for oneself.
After accomplishing one’s goal it is time to retreat.
This is the way of Heaven.” 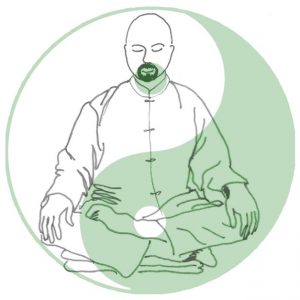 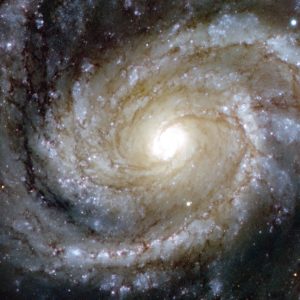 The idea of the Tai Chi or the Yin/Yang symbol cannot be attributed to a single person, as we are all influenced by the thinking of previous generations and by our environment. From prehistoric days, our ancestors began to observe the natural cycle of nature, the rising sun following the darkness of night, the continuous change from one season to the next and how our environment changed and adapted, including ourselves. As human beings we are a microcosmic of our universe, we are one with the universe. We are influenced by our surroundings this is why Taoist monasteries are typically set in the mountains where there are not many people, making it easier to harmonise with nature.

The Tao pronounced Dao translates to the Way; it’s not a religion but a way of harmonizing with nature. Its origins are in ancient Chinese culture dating back over five thousand years. Lao Tzu a historical figure from 500 BC was the first great master to write down his understanding of the nature of the Tao, in the book the Tao Teh Ching, which is the basis of most Taoist thought. Some of the other healing arts originating from the Taoist tradition include acupuncture, herbal medicine, feng shui and therapeutic massage.

The Heavenly Orbit also known as the Micro Cosmic Orbit is one of the foundation practices of Taoist Qigong. There are a few different approaches to this practice but they all stimulate the flow of energy or Qi in the body and enable us to harmonise with the universe. Yang energy rises up the back and Yin energy descends down the front, like a flow of water permeating and stimulating the meridian system and balance the energy system of the body. It enables the blood to flow smoothly and the organs to function correctly, secreting different fluids and chemicals, allowing the body to restore natural harmony. It also helps calm the emotions as the mind is not distracted by imbalances it detects. It resembles a large living Tai Chi symbol constantly flowing around the body. This energy works on many levels. Every cell of the body is like a tiny moving Tai Chi.  When our Qi or energy is weak, this orbit doesn’t flow very smoothly, affecting our quality of life.

The ultimate aim of our right of existence is to allow our internal micro environment to harmonise with the external macro environment, and through our work and positive actions, we can help those around us. This enables us to realise ourselves as a living spirit in human form.

Begin by sitting cross-legged on a cushion on the floor or on the edge of a chair, keeping the back straight. Rest your hands in your lap, palms facing up. Sit with eyes closed, chin tucked in and as though a silken cord is pulling the head towards the sky. Relax your shoulders and place the tip of the tongue on the top palate of the mouth just behind front teeth. Lift the Hui Yin or gently squeeze the pelvic floor.

Breath naturally in and out through the nose, just relax, letting the mind become clear.

Use your awareness to concentrate on the energy centres around the Heavenly Orbit. A basic principle in Qigong maintains that where the mind goes, the Qi will follow. The Qi flows naturally around this orbit and our job is to strengthen this flow. It’s important not to try too hard, but to relax and feel each energy point, described below. If you feel distracted, use your breath to focus the mind. As you bring your attention to each point, relax and feel, and concentrate on this location for 6 breaths. 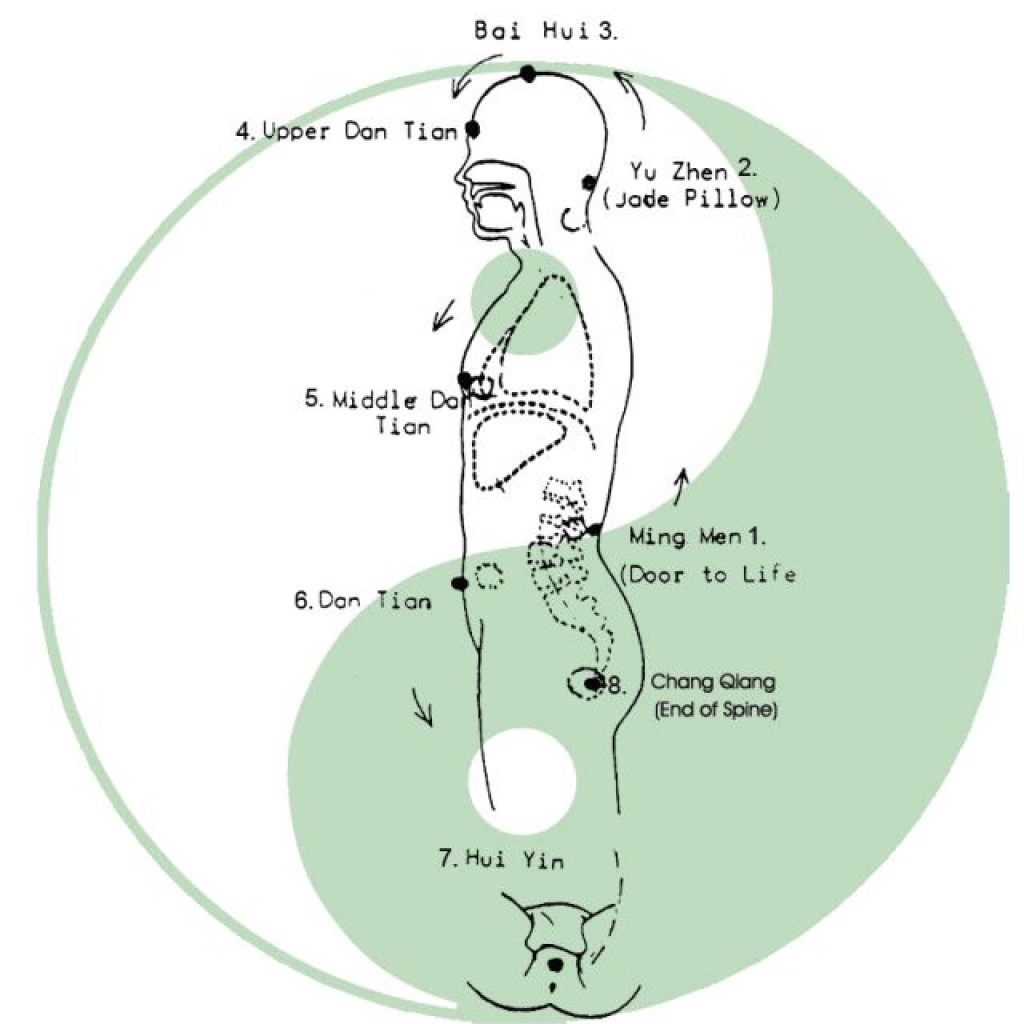 1. Ming Men or Door to Life, situated on the spine at the back of the body directly behind the navel.

2. Yu Zhen or Jade Pillow at the base of the skull.

3. Bai Hui or Hundred Points Converge, found at the top of the head.

4. Upper Dan Tian or Upper Centre of Energy, the spot between the eyebrows. As you relax, let your eyes rest.

5. Middle Dan Tian or Middle Centre of Energy at the middle of the chest in the chest cavity.

6. Dan Tian or Centre of Energy, the area beneath the navel.

7. Hui Yin or Convergence of Yin Energy, situated at the base of the body between anus and the genitals, also known as the perineum.

8. Chang Qiang or End of Spine just beneath the coccyx at the base of the spine.

Return to the Ming Men or Door to Life 1. on the spine at the back of the body directly behind the navel.

Stop again at the Yu Zhen or Jade Pillow 2. at the base of the skull.

Bai Hui or Hundred Points Converge 3. at the top of the head.

Upper Dan Tian or Upper Centre of Energy 4. the spot between the eyebrows, resting the eyes again.

Middle Dan Tian or Middle Centre of Energy 5. the area in the middle of the chest in the chest cavity.

Dan Tian or Centre of Energy 6. the area beneath the navel.

To close the form, turn the palms in, one hand on top of the other over the Dan Tian. Allow your breath, mind and energy to settle. When breathing in the abdomen gently expands into your hands and as you breathe out push the hands in, just relax and feel the whole body breathe. Stay in this closing position for at least five minutes, importantly a good close can solve many problems.

Simon Blow a near fatal accident at the age of nineteen lead Simon to investigate various methods of healing and rejuvenation a path he has been on for over twenty five years. He is a Sydney-based master teacher (Laoshi) who has been leading regular classes for beginning and continuing students since 1992. Simon has received training and certification from Traditional Chinese Medical Hospitals and Taoist Monasteries in China and has been given authority to share these techniques. He has received World Health Organisation Certification in Medical Qigong clinical practice from the Xiyuan Hospital in Beijing. He has been initiated into Dragon Gate Taoism and given the name of Xin Si, meaning Genuine Wisdom. Simon is a Standing Council Member of the World Academic Society of Medical Qigong in Beijing. He has also created a series of instructional DVDs and guided meditation CDs.

A perfect introduction, 30 minutes of a beautiful heart-felt guided meditation help to bring your love, smile and the light of the universe into harmony

The circulation of Qi (Chi) around the Heavenly Orbit is one of the foundations of Chinese Qigong. 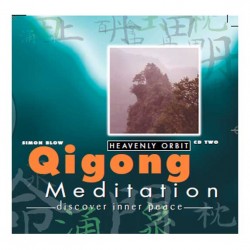 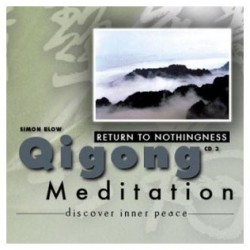 Sleep is one of the main requirements to maintain life, along with breathing, eating, drinking, and exercising of the mind and body. Without a good six to eight hours sleep per night it can be hard to live a quality, balanced, fulfilling life. When we sleep, it’s a time to rest and rejuvenate the mind and body. The lack of a good night’s sleep is a major problem for many people, of all ages. Let Simon Blow’s soothing voice along with Dale Nougher’s beautiful piano music and the natural sound of the ocean help guide you to release the tension of the day and enable you to enter a deep fulfilling sleep. 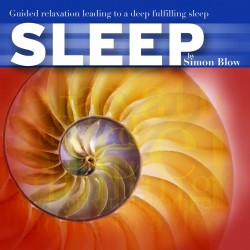 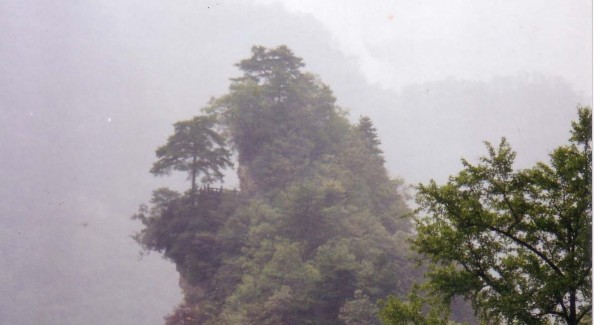